festivals, and things to do with this calendar of events. Distance is from Rockefeller Center in downtown New York City, New York.

A ticket to Taco Showdown NYC gets you tacos from five restaurants, a chance to vote for your favorites, beer, and non-alcoholic beverages at The Mezzanine.

See the work of emerging or not-yet-established international filmmakers at New Directors/New Films at Lincoln Center and the Museum of Modern Art.

These discount ticket prices include all taxes and fees.

The Orchid Show fills the conservatory at the New York Botanical Garden with thousands of orchids in an amazing array of colors, shapes, sizes, and textures. Discount tickets $15.

Enjoy a buffet dinner with 2.5 hours of views on the New York Dinner Cruise by Spirit Cruises, plus a dance with a DJ, leaving Pier 61. Discount tickets $80.

Set in the 1960s, A Bronx Tale is about a young man caught between the father he loves and the mob boss he’d love to be, co-directed by Robert De Niro at Longacre Theatre. Discount tickets $69 to $89.

Based on the film starring Bill Murray, Groundhog Day is about a big-city weatherman stuck in a small town and mysteriously reliving the same day over and over again, which gives him extra chances to find love, at August Wilson Theatre. Discount tickets $70 to $100.

The New Yorkers is Cole Porter’s musical about a New York socialite and her bootlegging boyfriend, set in the era of speakeasies, gangsters, and society dames at New York City Center. Discount tickets $38 to $59.

Paramour tells the story of a young actress torn between love and art in the glamorous world of Golden Age Hollywood with acrobatics, music, and dance at Lyric Theatre. Discount tickets $49 to $95.

Comedy in Dance Festival has juried performances of humor in motion at Triskelion Arts in Greenpoint for mature audiences.

A ticket to The Imbible includes 3 craft cocktails plus a comic romp through the history of spirits and cocktails at New World Stages. Discount tickets $39 to $49.

Set in a dark, chaotic world, Ring Twice for Miranda is about a chambermaid who works for a rich and controlling man who won’t let her go even after she quits, at New York City Center. Discount tickets $25.

The 14 men of Che Malambo demonstrate fast-paced footwork inspired by the rhythm of galloping horses and the drumming of traditional Argentine bombos at Schimmel Center at Pace University. Discount tickets $25.

Sample 100 styles of whiskey and spirits at Whiskey Fest, which includes live music, food for sale, and a view of Manhattan at Harborside, 153 Exchange Place. Discount tickets $49.

Billed as America’s oldest and largest, the American Crossword Puzzle Tournament awards prizes for solving eight original crosswords and has speakers and a reception at the Marriott in Stamford, CT.

Vanity Fair exposes a society that cares more about good birth and manners than about skill and good character at the Pearl Theatre. Discount tickets $39 to $69.

Cagney is about the energetic New York actor, singer, and tap dancer famous for his “tough guy” roles in films, at The Westside Theatre. Discount tickets $45 to $49.

Find everything from solo debuts, jazz shows, tribute artists, and composer showcases to new musicals in concert, cast reunions from all-time favorites, and salutes to pop-music genres at Feinstein’s/54 Below.

Discount tickets $13 to $169($25 food/drink minimum unless you get a ticket that includes dinner).

The Champagne Sunset Cruise includes 1.75 hours of views and a glass of champagne or other beverage on the Yacht Manhattan, leaving Chelsea Piers (Pier 62). Discount tickets $35 to $40 [slow website].

NYC Craft Distillers Festival has samples of 60 craft spirits, a 1920s jazz band, and a prohibition theme at The Bowery Hotel. Discount tickets are $59 at Groupon and Goldstar.

Hear rowdy, humorous songs by Fats Waller from the early days of jazz at Ain’t Misbehavin’ at Harlem Repertory Theatre.

Based on the book by Hans Christian Anderson, The Little Mermaid is about King Triton’s daughter Ariel, who longs to be human, at Players Theatre. Arrive an hour early for a family craft workshop. Discount tickets $21 to $52.

Around Manhattan Brunch Cruise offers 2.75 hours of views as you circle Manhattan Island in a classic 1920s yacht and eat a buffet brunch with a complimentary beverage, departing from Chelsea Piers (Pier 62). Discount tickets $69.

Sample a dozen chef-made duck dishes like Peking duck and duck tacos at Duck Off at Jimmy’s No. 43.

Jazz brunch on a yacht

Exhibition of treasures from trash

See thousands of amazing objects rescued from the trash by a sanitation worker at Treasure in the Trash. You get the exact location after buying ticktes.

See spectacular arrangements of flowers from around the world and attend scheduled events at Macy’s Flower Show on Herald Square. You can hear a recorded message at 212-494-4495 extension 1. Free.

La Traviata is a bittersweet love story by Verdi at the Metropolitan Opera House. Discount tickets $81 – $98.

Inspired by 19th-century bordellos of Paris and New Orleans, The Poetry Brothel presents a rotating cast of poets in an immersive and lush, speakeasy-style environment with a bar and live music at The House of Yes in Brooklyn for age 21+. Discount tickets $20

Harlem Whiskey Renaissance is “an evening of music, performance, food and of course whiskey” to celebrate the era of the Harlem Renaissance at Mist Harlem. Discount tickets $75.

The Shaolin Warriors perform kung-fu fighting and amazing acrobatics in a dazzling theatrical display at Lehman Center for the Performing Arts at CUNY. Discount tickets $13 to $23.

The Photography Show by AIPAD exhibits museum-quality work from 110 galleries at Pier 94.

Browse contemporary paintings, prints, sculptures, and photographs from 80 galleries at the Affordable Art Fair, with workshops and activities at the Metropolitan Pavilion in Chelsea. Repeats in Sept.

See short films focused on the arts (from music to graphic design) at Art Doc Friday Screening Event. Your ticket includes a drink at Producers Club.

Taste 90 wines with food and desserts at the Wine Tasting to support Hudson County CASA on the waterfront at Batello in Jersey City, NJ. 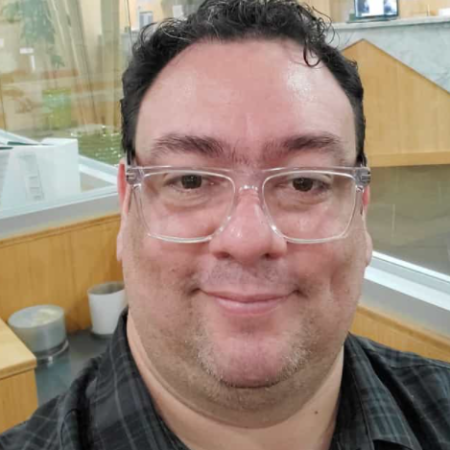